A thick white blanket covers the wide slopes of the band of hills known as the Razorback Downs . . .

Podkin is the son of a warrior chieftain. He knows that one day it will be up to him to lead his warren and guard it in times of danger. But for now, he’s quite happy to laze around annoying his older sister Paz, and playing with his baby brother Pook. Then Podkin’s home is brutally attacked, and the young rabbits are forced to flee. The terrifying Gorm are on the rampage, and no one and nowhere is safe. With danger all around them, Podkin must protect his family, uncover his destiny, and attempt to defeat the most horrifying enemy rabbitkind has ever known.

This middle-grade novel has the feel of a classic and is comforting in a way that made me want to keep reading after I’d finished. It’s more anthropomorphic than Watership Down- these rabbits are warriors, walk on their hind legs, drink mead and wield weapons. The narrative alternates between scenes following both Podkin and his adventure, and the narrator, a rabbit telling Podkin’s story some years later. It’s written in a distant third person POV, meaning the narrator is almost an extra voice in Podkin’s story. This gave the book a fairy-tale like quality.

Podkin is the son of the chieftain rabbit of Munberry Warren. He’s spoilt and lazy, until evil attacks and he and his siblings must escape with nothing but a magic dagger. Podkin finds himself having to live up to his role of chief,  for which he grudgingly realises his hardworking older sister Paz is better qualified for! I enjoyed the brother and sister dynamic in this story. Podkin has a sister and a brother, and all 3 are as involved as the others in the plot, which was engaging and fast-paced.

Kieran Larwood has done some enthralling world building. In this world, there are 12 kingdoms scattered across diverse landscapes, each with its own characteristics and culture. For example, the Sandywell rabbits live on the coast, celebrate Mer’s Day Feast and eat crab. Authentic villains are important in children’s literature and Larwood has done a great job. The Gorm are terrifying- they’re mutations of what used to be peaceful rabbits, transformed by something innately evil accidentally dug up from deep in the ground during the building of a warren…. This is such a thrilling, adventurous tale. There are battles, blood and death but nothing too graphic or disturbing.

I’ve heard someone call The Legend of Podkin One-Ear a cross between The Hobbit and Watership Down. I think this is a perfect way to describe it, but I would add that it’s intended for a slightly younger audience. The second book in the Five Realms series, The Gift of Dark Hollow, follows more of Podkin’s adventures and will be released in September.

Read about the author Kieran Larwood here and the illustrator David Wyatt here. 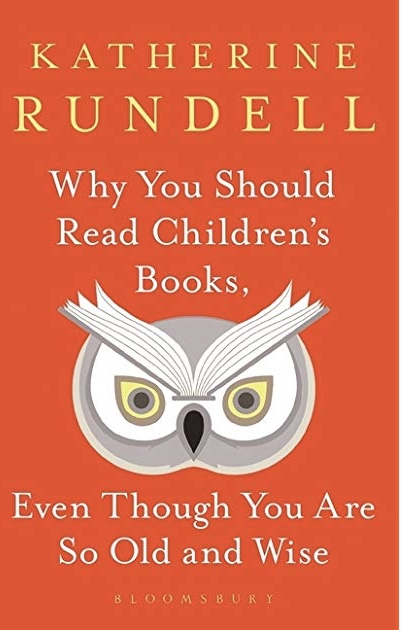