In honour of Women In Translation Month, here are 5 brilliant translated books written by women. Enjoy!

The highly anticipated new novel from the acclaimed author of The Elegance of the Hedgehog.

The villagers had never seen anything like it: dense white curtains of snow that instantly transformed the landscape. Not in autumn, not here in Burgundy. And on the same night a baby was discovered, dark-eyed little Maria, who would transform all their lives.

Hundreds of miles away in the mountains of Abruzzo, another foundling, Clara, astonishes everyone with her extraordinary talent for piano-playing. But her gifts go far beyond simple musicianship.

As a time of great danger looms, though the girls know nothing of each other, it is the bond that unites them and others like them, which will ultimately offer the only chance for good to prevail in the world. 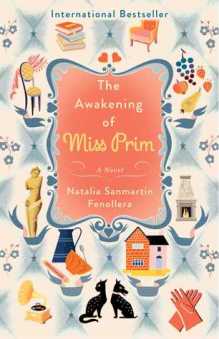 In this #1 international bestseller, a young woman leaves everything behind to work as a librarian in a remote French village, where she finds her outlook on life and love challenged in every way.

Prudencia Prim is a young woman of intelligence and achievement, with a deep knowledge of literature and several letters after her name. But when she accepts the post of private librarian in the village of San Ireneo de Arnois, she is unprepared for what she encounters there. Her employer, a book-loving intellectual, is dashing yet contrarian, always ready with a critique of her cherished Jane Austen and Louisa May Alcott. The neighbors, too, are capable of charm and eccentricity in equal measure, determined as they are to preserve their singular little community from the modern world outside.

Prudencia hoped for friendship in San Ireneo but she didn’t suspect that she might find love—nor that the course of her new life would run quite so rocky or would offer challenge and heartache as well as joy, discovery, and fireside debate. Set against a backdrop of steaming cups of tea, freshly baked cakes, and lovely company, The Awakening of Miss Prim is a distinctive and delightfully entertaining tale of literature, philosophy, and the search for happiness. 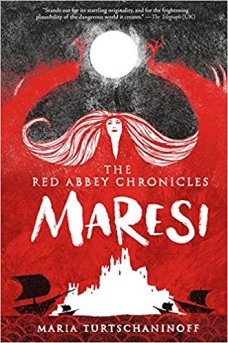 Maresi by Maria Turtschaninoff- translated from Finnish by Annie Prime

Maresi came to the Red Abbey when she was thirteen, in the Hunger Winter. Before then, she had only heard rumours of its existence in secret folk tales. In a world where girls aren’t allowed to learn or do as they please, an island inhabited solely by women sounded like a fantasy. But now Maresi is here, and she knows it is real. She is safe.

Then one day Jai tangled fair hair, clothes stiff with dirt, scars on her back arrives on a ship. She has fled to the island to escape terrible danger and unimaginable cruelty. And the men who hurt her will stop at nothing to find her.

Now the women and girls of the Red Abbey must use all their powers and ancient knowledge to combat the forces that wish to destroy them. And Maresi, haunted by her own nightmares, must confront her very deepest, darkest fears. A story of friendship and survival, magic and wonder, beauty and terror, Maresi will grip you and hold you spellbound. 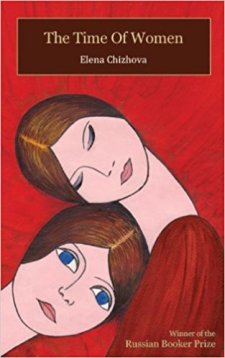 Life is not easy in the Soviet Union at mid-20th century, especially for a factory worker who becomes an unwed mother. But Antonina is lucky to get a room in a communal apartment that she and her little girl share with three old women. Glikeria is the daughter of former serfs. Ariadna comes from a wealthy family and speaks French. Yevdokia is illiterate and bitter. All have lost their families, all are deeply traditional, and all become “grannies” to little Suzanna. Only they secretly name her Sofia. And just as secretly they impart to her the history of her country as they experienced it: the Revolution, the early days of the Soviet Union, the blockade and starvation of World War II. The little girl responds by drawing beautiful pictures, but she is mute. If the authorities find out she will be taken from her home and sent to an institution. When Antonina falls desperately ill, the grannies are faced with the reality of losing the little girl they love – unless a stepfather can be found before it is too late. And for that, they need a miracle.

In Other Words is a revelation. It is at heart a love story of a long and sometimes difficult courtship, and a passion that verges on obsession: that of a writer for another language. For Jhumpa Lahiri, that love was for Italian, which first captivated and capsized her during a trip to Florence after college. Although Lahiri studied Italian for many years afterwards, true mastery had always eluded her.

Seeking full immersion, she decided to move to Rome with her family, for ‘a trial by fire, a sort of baptism’ into a new language and world. There, she began to read and to write – initially in her journal – solely in Italian. In Other Words, an autobiographical work written in Italian, investigates the process of learning to express oneself in another language, and describes the journey of a writer seeking a new voice.

Presented in a dual-language format, this is a wholly original book about exile, linguistic and otherwise, written with an intensity and clarity not seen since Vladimir Nabokov: a startling act of self-reflection and a provocative exploration of belonging and reinvention.